Professor Yike Guo MAE discusses the importance of big data analysis, the impact of his international education and his continued links with China.

Yike Guo is a Professor of Computing Science and founding Director of the Data Science Institute at Imperial College London. He is a Fellow of the Royal Academy of Engineering (FREng), Member of Academia Europaea (MAE), Fellow of British Computer Society and a Trustee of The Royal Institution of Great Britain.

Professor Guo has published over 250 articles, papers and reports. He has contributed to projects which have been internationally recognised, including winning the “Most Innovative Data Intensive Application Award” at the Supercomputing 2002 conference for Discovery Net,  the Bio-IT World “Best Practices Award” for U-BIOPRED in 2014 and the “Best Open Source Software Award” from ACM SIGMM in 2017.

You are a world-renowned researcher in the area of big data analysis. Could you explain what ‘big data analysis’ means in simple terms and the importance of it in today’s world and for the future.

“In very simple terms, big data analysis is the process of taking information from data sets, gaining useful insight and knowledge, and making informed decisions accordingly. We are living in the era of big data. In fact, we would barely have modern industry without big data. It is essential as raw material for fast-growing sectors such as Artificial Intelligence (AI).

Access to massive amounts of information through big data nowadays is possible thanks to: 1. the massive revolution of sensor technology, which means we are now able to measure everything in the world in a very accurate and immersive way and 2. the internet, which allows us to transfer and integrate data.”

Following your undergraduate studies at Tsinghua University, China, you chose to undertake a PhD in Computational Logic at Imperial College. Why did you decide to continue your studies in the UK and what impact do you think this may have had on your career?

“I was one of the first PhD students at Tsinghua University, following the cultural revolution. At that time, the whole research environment in China was quite primitive. Chinese institutions were therefore keen to work with western countries to improve the higher education system, especially at PhD level. I initially signed up for a one-year AI training programme at Imperial College. However, I ended up enrolling for a full PhD programme in computational logic.

Coming to the UK had a huge professional impact. My career dramatically shifted from a background in hardware to becoming a theoretical computer scientist. I went on to set up the Data Science Institute at Imperial College with a mission to use big data to carry out multidisciplinary work.”

Could you tell us about how you collaborate with China in both research and commercial development? What are the benefits of international research, in your opinion?

“I set up a spin-out company called InforSense which had a Chinese subsidiary based in Shanghai. However, it was sold in 2009. After that, I returned to a full academic role at Imperial College. I started collaborating with China on scientific research in the area of computing and big data analysis. Since then, I have become increasingly involved in the Chinese research community and engaged with Chinese industry, with companies such as Huawei, HNA and China Construction Bank.

At Imperial college we find collaboration with industry in China very beneficial for our advanced research, due to:
·         The huge improvement of China’s academic standards and quality.
·         The broader cultural, social and political perspective provided by such a different country. The approach to the ethical issues of AI, for example, is quite dissimilar. However, our research benefits from recognising the difference and trying to find the complementarity, regardless of which approach is considered better. We can learn a lot from both sides.
·         The quite pressing and large-scale problems of Chinese industry. We may not easily foresee those problems in Europe, but we can learn a lot from them for the future. It would be the case of high-speed rail travel safety or pollution, for example. China has also a very different scale of research, which I find very interesting.”

Do you have any particular career highlights or achievements of which you are particularly proud?

“Several. Firstly, during my earlier career at Imperial I spent quite a bit of time with Professor John Darlington and we worked together in the area of structural parallel programme.  We introduced an important concept called MapReduce which Google implemented in their database system. We were very proud that we created this concept.

Secondly I set up InforSense, an Imperial College Spin-out company. The company developed and rolled out core technology for big data processing. This is used broadly by the pharmaceutical industry. We developed this technology ahead of our time but many of the concepts were later used in the big data infrastructure.

Thirdly, I’m really proud of my PhD students and what they have gone on to accomplish. Many of them are now working as senior technical leaders in the pharmaceutical industry.

Finally, I’ve worked with colleagues to build a couple of medical informatics systems. These are now widely adopted in Europe and in the pharmaceutical industry. I have found these things very fulfilling and I’m proud of all these achievements.”

You became a member of the Academia Europaea in 2018. What did you know about AE before you were elected and what does it mean to you to be a member?

“In 2018 I was elected as a Fellow of the Royal Academy of Engineering and as a Member of the Academia Europaea. That was a big year for me! I had heard about the Academia Europaea from friends across Europe, but I was not familiar with its activities. I then found out more about it through my work on European projects. I felt that it would be a very good platform to engage with key researchers and scientists. I recognise that the Academia Europaea has a growing number of Chinese members and has become quite international. This is the reason I felt very keen to join. I felt deeply honoured to be elected.”

Read our series of interviews with Members of Academia Europaea connected with the Cardiff Knowledge Hub. Our members share their career highlights and their views on key issues in research.
Share this page: 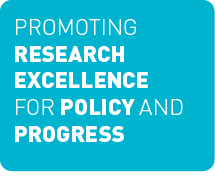 Founded in 1988, Academia Europaea now has more than 5000 members, including more than 80 Nobel laureates. Our members are leading scientists and scholars who collectively promote excellence in research, learning and education in all fields of scholarship. Academia Europaea operates through a network of hubs across Europe. The Cardiff Hub opened in 2016 and is hosted by Cardiff University. Our purpose is to promote excellence in research and science advice, as enablers of effective policy development and progress in society.

A COLLABORATION BETWEEN THE ACADEMIA EUROPAEA AND CARDIFF UNIVERSITY